The expert’s pot: How to distinguish an idea from a winning idea? #IPS2016 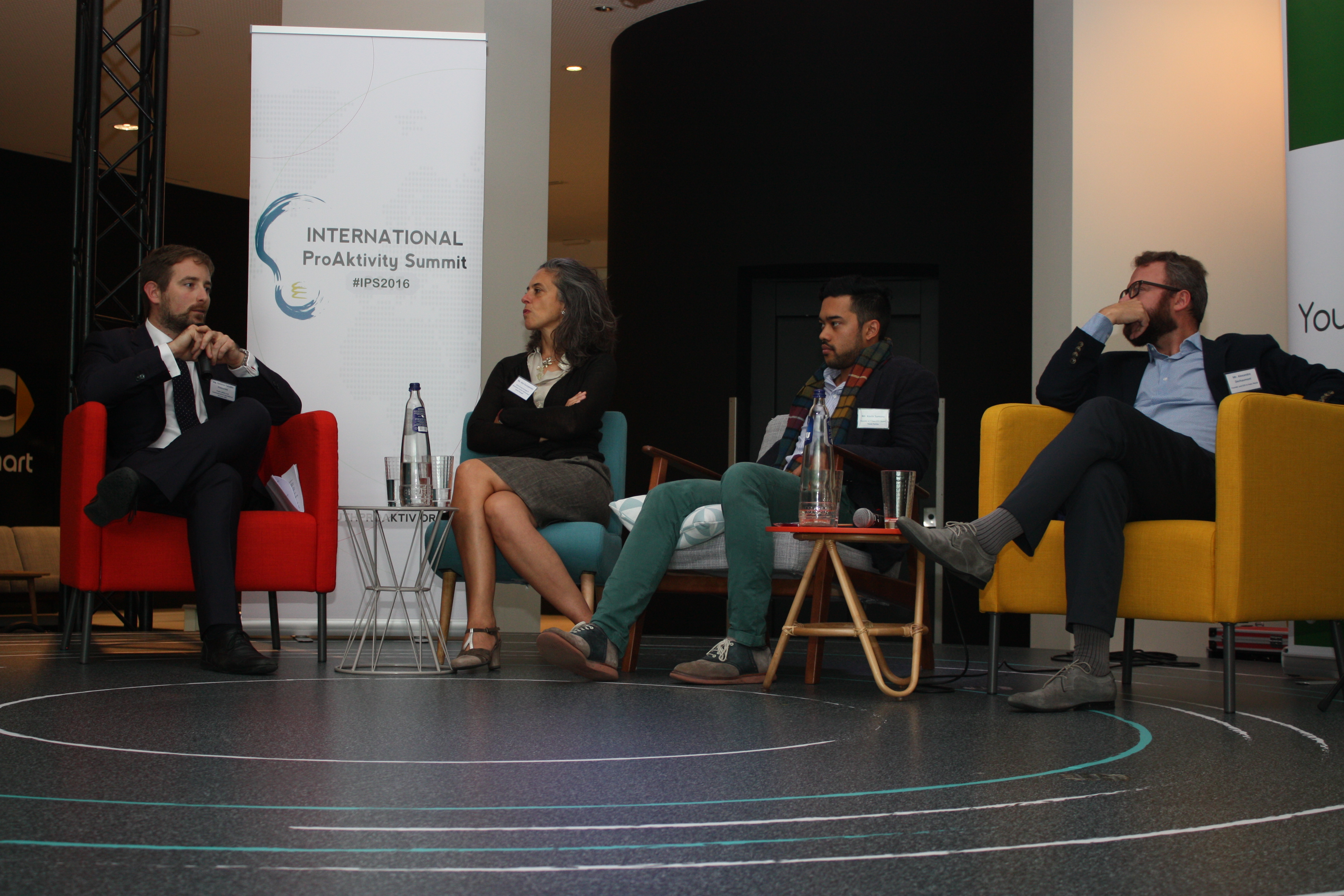 The participants of the #IPS2016 made quite clear from the beginning of the conference that they have plenty of good ideas. Some of these ideas are already in action, some are slowly yet staidly becoming reality and others were quitted before getting started. It is obvious that this first session of the IPS2016 was dealing with one of the burning questions when it comes to entrepreneurship!

An idea itself and spending a lot of time and energy on processing it, has not much to offer. Another important component of an entrepreneurial process emerged quickly and added to the discussion the necessary ‘practical’ perspective which will facilitate the transformation of an idea to a ‘winning’ one. Execution! 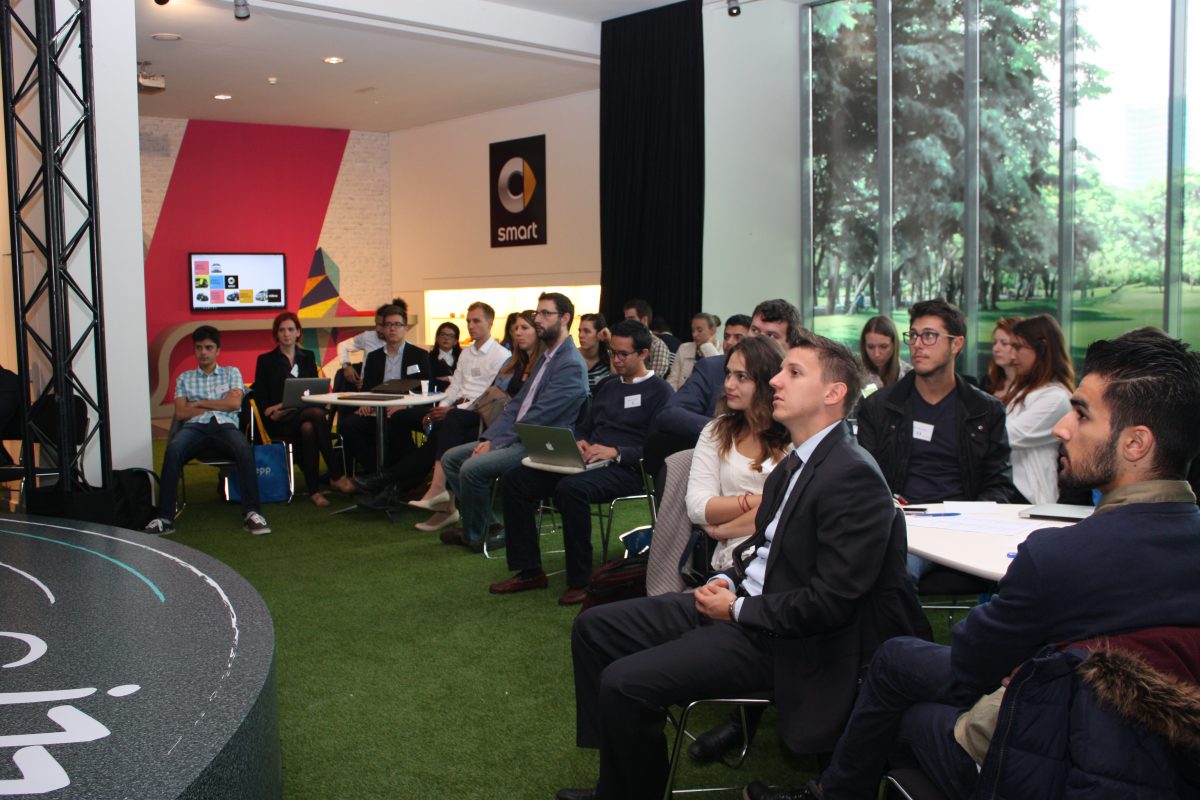 A successful execution presupposes careful, focused yet extended research on the target group. Regardless the complexity of such a process, the panel reminded to the participants that today’s widespread of social media is a valuable tool in a young entrepreneur’s hands. Most of the invited entrepreneurs to the panel, admitted that this was one of the first steps they took before completing all the features of their idea. More relevant features of an idea can emerge after research in social media and several can be excluded. Today’s advanced and most of the times user friendly technology, gives the opportunity to handle many practical aspects of an idea already from its design and it can save money and time to the implementer right at the beginning of its execution.

But what about social entrepreneurship? How someone’s vision can be executed and become a winning idea? Is an adequate and targeted research enough?

The participants seem to emphasize the, often not favorable regulations at macro and meso level regarding social entrepreneurship, which in relation with the desire to actually realize a social vision, make the execution of social businesses more difficult to happen.

Nevertheless, it was highlighted from the panel that the societal character of these ideas does not differentiate them from the rest of the businesses in terms of execution plan. All businesses even if they do not belong to the sphere of social entrepreneurship have a long term social impact or a side social purpose. Social entrepreneurship does not exclude the process of making profit or elaborating a strict business plan. This also implies that social entrepreneurs should not rely exclusively on governmental sources. The successful execution of an idea even with a societal orientation, depends a lot on accepting the fact that it needs a business plan not only for positive and sustainable impact on society, but for business and personal profit as well.

This misconception regarding the concept of social entrepreneurship is possibly generated within the formal educational system. This topic came up soon in the discussion with the participants wondering whether the system where they were educated in, could have contributed more into developing entrepreneurial skills. 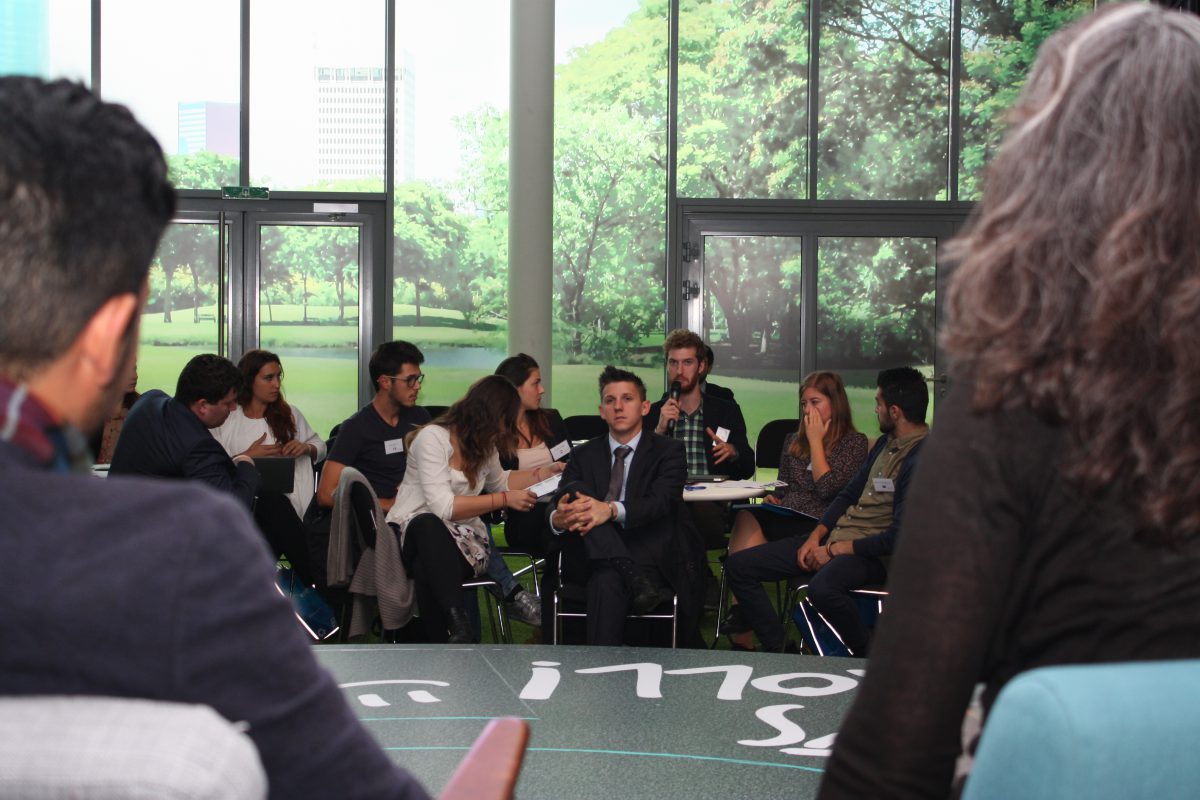 It came with no surprise that some of the speakers admitted that they consciously decided to drop out from high level studies and instead, work on their own idea which was not related to their field of study. Several names of established entrepreneurs were mentioned such us Peter Thiel and Bill Gates as an example of not rejecting formal educational systems, but appreciating the power of informal learning and equally important the power that trusting ourselves has. Trust to the young’s generation ability to take advantage of this new automatized world and the power of internet in order to develop the skills which are needed to transform an idea to a winning one.

When informal learning channels and the context within they can develop such as social activities started mentioned, the concept of the ‘team’ which will implement together the winning idea came up.

What will contribute more to implementing an idea? What will create an effective team? Friends or skilled people?

Many opinions seemingly different were expressed however, the result was one: if friendship means, being able to share my strengths and weaknesses and know very well the strengths and weaknesses of the friend, always support yet stay honest, share and understand a vision, then a winning idea needs ‘the friends’. And if the ‘skilled’ people are not friends, then they need to become! Friendship from the more decontextualized perspective of knowing your team and investing in building a common shared vision of the ‘idea’ is a crucial precondition for the successful execution of this very idea.

At any case, towards the end of this first session it was highlighted that entrepreneurship is a risk that someone will take and a quote from one of the most successful entrepreneurs of our time, Marc Zuckerberg , was mentioned; ‘In a world that changing really quickly, the only strategy that is guaranteed to fail is not taking risks’